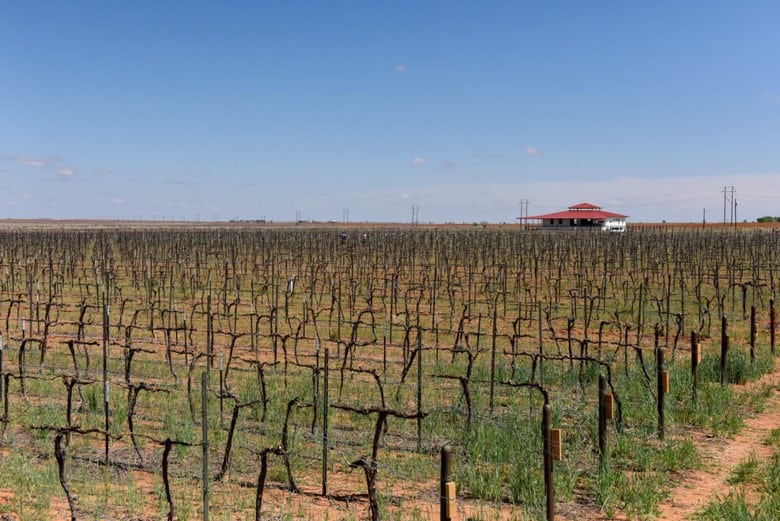 Its the sound of rejoicing!

Yes, we finished pruning the vineyard on Sturday! After only one month, all 32 acres are done. Thanks to our new Pellenc Precision Pruner TRP, we pruned in about half the time it has taken us in the past.

Guess what we did to celebrate.

We watched the new Star Wars VII - The Force Awakens. I won't give any spoilers but is was good. Real good.

But, back to pruning.

Since pruning is about the best possible way to delay bud break when the vines begin to push the buds open) we like to wait as late in the spring as possible. Pruning can delay bud break up to ten days because with all the cuts made during pruning, the plant loses turgor pressure and is not able to push the buds to open until the cuts are healed and pressure is built up again.

We began pruning the older vines planted in 2008 and 2009 first. The varieties with the latest bud break (Montepulciano, Aglianico) are pruned before the Roussanne vines. In 2012 we planted 2 acres of Petite Verdot and ⅓ acre of Muscato Gialo which were pruned next.

With the larger more difficult vines finished, we moved to the younger vines by pruning the vines planted in 2013 and finally the ones planted in 2015 - both plantings are Montepulciano and Aglianico. Below you can see an Aglianico vine planted in 2015 which has a white carton on it. The cartons protect the vines from rabbits and also helps the plant grow straight up allowing the strongest shoot to grow out of the carton. The other weaker shoots don't get sunlight and are weak and die.

When we started the vineyard, much of our summertime was spent going through the vines (which grow like a bush) and training them - selecting the longest healthiest shoot and picking or debudding all the rest off each plant. This left one trunk which hopefully would grow up to the cordon wire by fall. This process was very time consuming! Now, we plant, put a carton on the vine and do not train at all the first year. 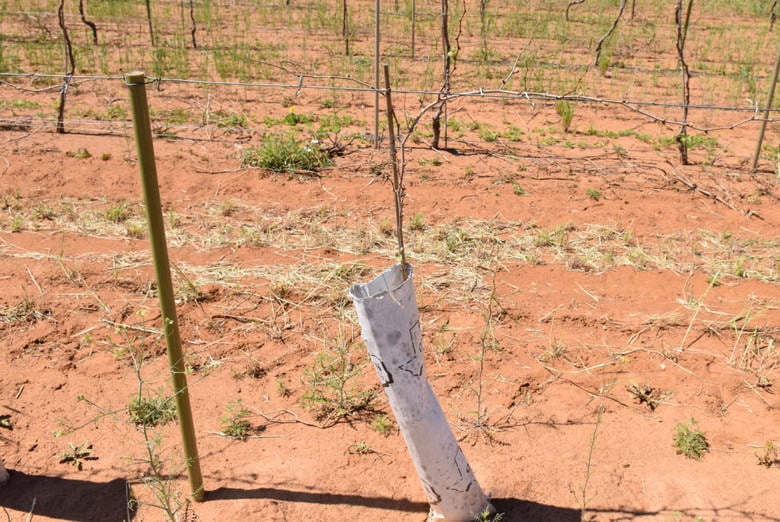 In pruning these young vines, we want two strong arms with a "y" junction no more than 4 inches from the cordon wire. This makes a stronger vine but also will make prepruning easier. All the little spurs coming off the arms are cut back to one bud. The carton is lifted to make sure there are no buds coming out lower on the trunk or at the graft. If there are, they are taken off and the carton is replaced. 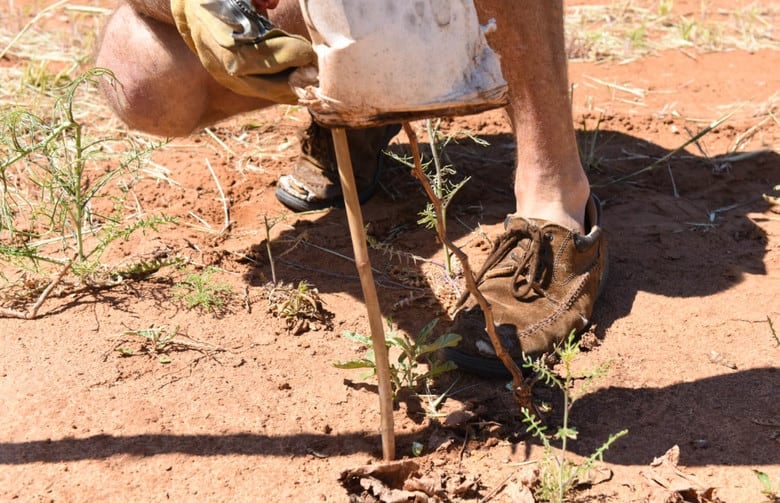 Below you can see the finished vine. The left arm was cut back because it became so spindly. By cutting it back the vine will grow stronger. You can see the buds are beginning to open. 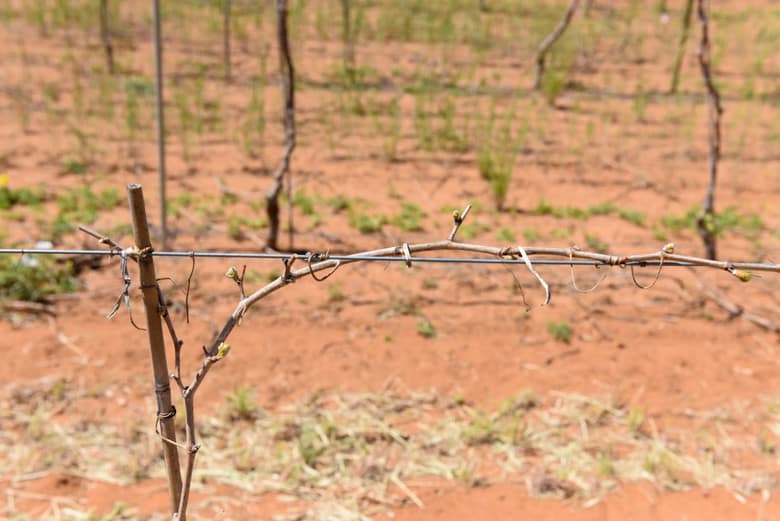 Don't think vineyard work is done - far from it! We now have two people going through all the vines again tying down the arms with our Pellenc AP25. This secures the arms to the cordon wire for stability and to insure that they grow straight along the wire.

The Pellenc AP25 ties a twist tie around the vine. Pellenc makes several types of ties but we use ones that have a small wire covered in paper which deteriorates in the sun and rain. We don't get much rain here in west Texas but we sure get the hot sun! The ties are designed to disintegrate before girdling or cutting into the growing vine. 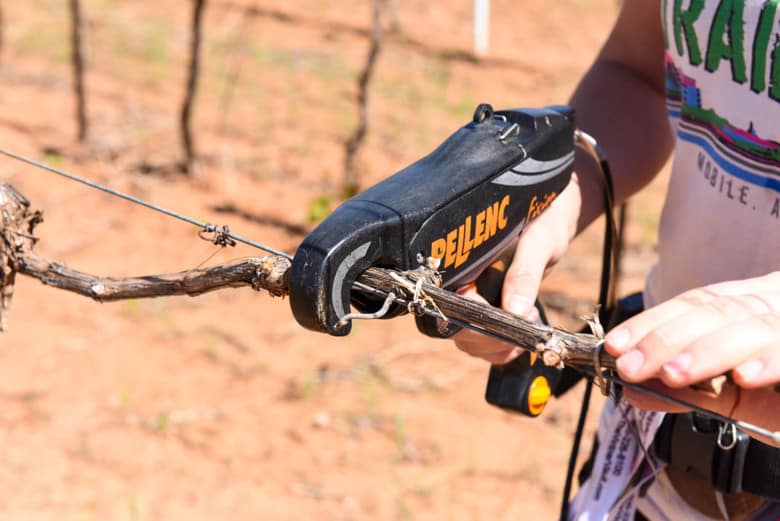 Along with tying the arms, John and the boys will be using a couple of new pieces of equipment that we have to clean the debris left from pruning out of the rows and cutting the rye which was planted as a cover crop between the rows for the winter.

There is still much to be done but it is a relief to have pruning finished for another year!