Our new cow palace, otherwise known as milking parlor, is almost finished. Milking is going to be exciting in the new surroundings!

Using left over tin roofing, the sides are somewhat mismatched but only until there is another break in vineyard work, then it will be painted. As you look at it,  try to visualize a pale yellow cow palace surrounded by a field of green grass. 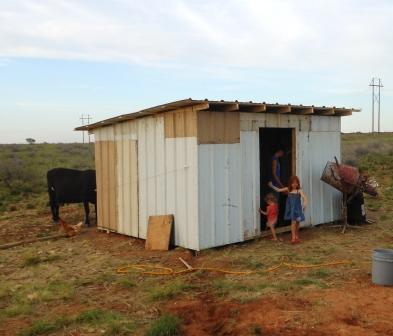 Inside, the wiring is finished giving us three lights and three electrical sockets. Pouring the concrete floor will hopefully happen tomorrow. The doors have not yet been hung - one opening from the pasture for the cows to enter and one from the front giving us access to the milking area and feed.

The cows were given their nightly feed in the new stanchion last night but only after some coaxing. In preparation for milking, we begin now (especially with Buttercup so close to calving) to get them in the habit of entering and eating in the stanchion. Once we begin milking, they eat their grain while we milk - it helps keep them occupied and calm.

While they were both curious about the work going on, neither wanted to be first. Emme finally cooperated and had the privilege of being the first one to eat in the new cow palace. 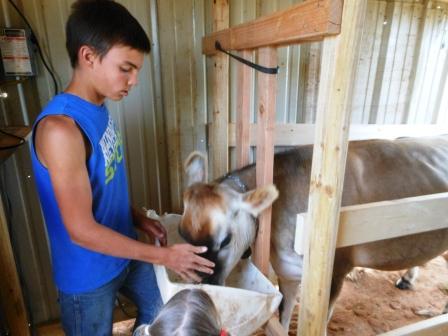 As Emme ate, Buttercup began to get a bit antsy to have her turn. You can see her looking in the door impatiently. 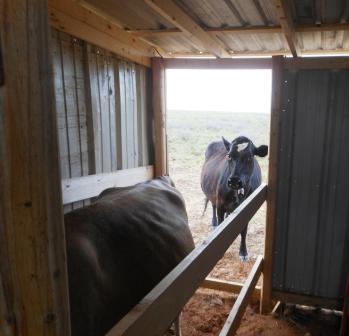 Sometimes they can be so like children - not wanting the other to get more than they think they have!