Most everyone has heard of boomerang children – but – a boomerang dog?

Well, we have one! 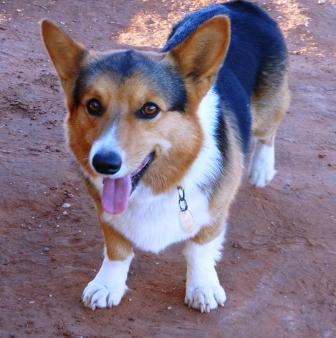 Bob was on of Sophie and Scruggs’ puppies and is 2 years old.He belonged to our second oldest son and lived in El Paso. Since our son’s was finding it difficult to spend time with Bob – between girlfriend and work (mostly girlfriend, I think!) – Bob has now come back to his roots.

Bob’s favorite activity? Fetch! He is obsessed with it! Whether it is a small stick or a 3 foot 2′ x 4′ board, he will bring whatever he finds and drop it at your feet. 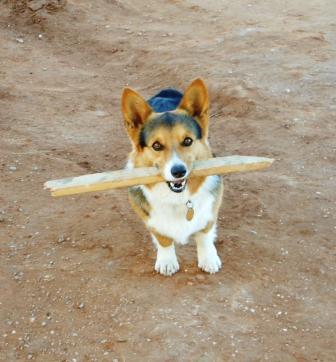 If you ignore him? He picks it up and drops it again, making a louder sound! If you still do not pick the stick up and throw it, he will go find another and drop it at your feet and repeat the whole process over. 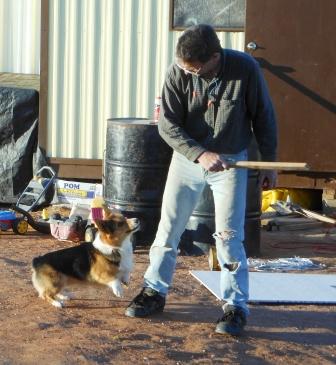 How does Bob like his new home? He loves it! There are 9 people here just to play fetch with him! Then, as if that were not enough, there is Squiggles. They love to play and although she does not understand the fetch game, she races him every time he takes off running, snapping and growling at him. She has finally learned to tease him by grabbing the other end of the stick and they play tug-of war.