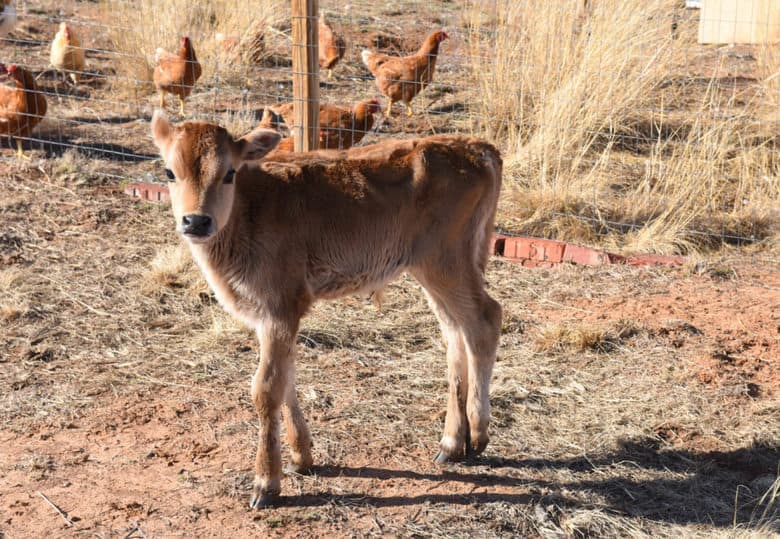 It is hard to believe that Decks our Jersey bull calf is almost 3 months old! He was born before Christmas and is named after the Christmas carol, "Deck the Halls". After leaving him with Beatrice for a couple of days to nurse, we separated them.

Decks is now in a pen beside the chickens and ducks. The little Jersey bull will be moved out with the big cows as soon as he grows a bit taller. We use a hot wire to keep the cows in the pasture and he is short enough to go under it right now.

Decks has been drinking his milk twice a day from a bottle.

He has just graduated from a bottle to drinking his milk from a bucket so, he is definitely growing up! 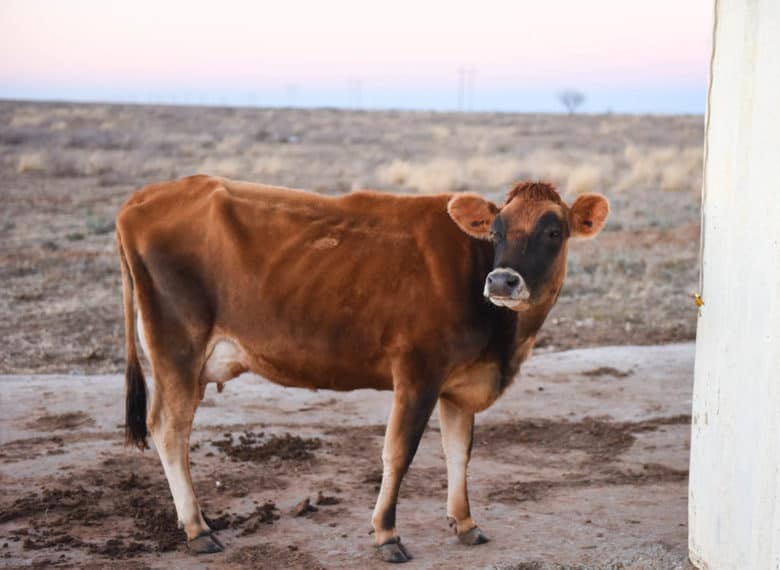 Beatrice did well with being separated from her calf. She only stood by the fence for a day or so moooing at him. That to me is really sad but they do get over it quickly. Now, she doesn't seem to remember that he is her calf.

If we didn't separate them, he would drink lots of her milk and she would not want to milk out during milking. It is amazing how milk cows seem to be able to hold their milk for their calf. After all, the whole purpose of having a family milk cow is to get milk! 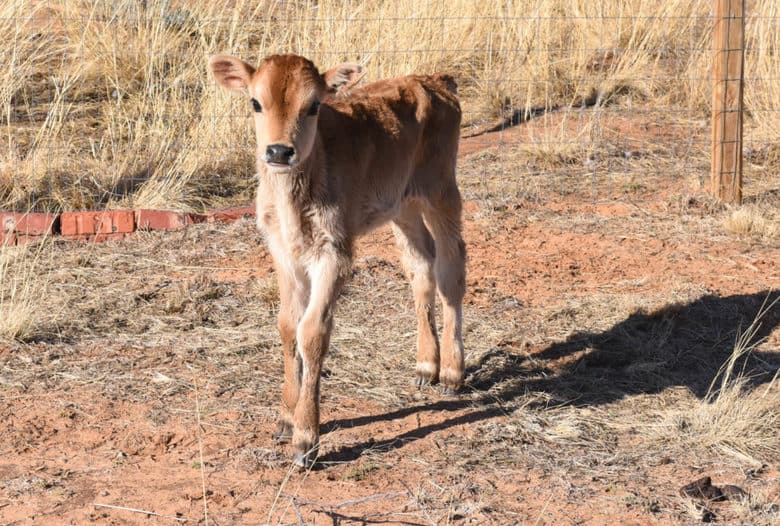 As you can see from the photos, he is fawn colored with big brown eyes. He is a pretty little Jersey bull and has a good temperament. We plan to keep him as a bull and breed him with Maybelle, another little heifer we have.

I have read about the dangers of having a bull around and how their temperament can change when the hormones click in so we will see....

Do you have any experience with cows or bulls? I would love to hear about it so leave a comment!