Well, it has been awhile since I updated you on the new ICF (insulated concrete forms) filter house/pavilion! Mainly because there has been nothing to update! With a son’s wedding and harvest there has been no time left to work on it. Now, with another son married and harvest competed, life is slowing down – maybe ;). We have finally gotten back to pouring the concrete into the ICF forms which make the walls of the filter house and also the for the concrete roof which forms the pavilion.

If you remember, we have used Rewards insulated concrete forms in phase one of our house and are very pleased. Not only do they snap together easily (which is great for the DIY’ers) but once filled with concrete, they form a strong and very well insulated wall.

After speaking with the concrete company, we decided not to have a pumper truck come which would pump the concrete up to the top of the 8ft wall. This would amount to quite a savings, but it also meant that the concrete would have to be lifted by hand in buckets up to the top.
Finding out that the height of the shoot (where the concrete comes out of the truck) was 7 ft, John rigged a platform on top of the van so the concrete would only have to be lifted one foot. After all, 5 yards of concrete is quite a bit!
“The best laid plans of mice and men…”
When the truck arrived, the shoot was not 7 ft but 6 ft, so, a new platform was made utilizing a tote that you can see in the picture below next to the filter house.

The concrete truck backed down the road in the middle of the vineyard and got as close as possible to the stand.

John and the children took turn shoveling the concrete as it exited the shoot into buckets. 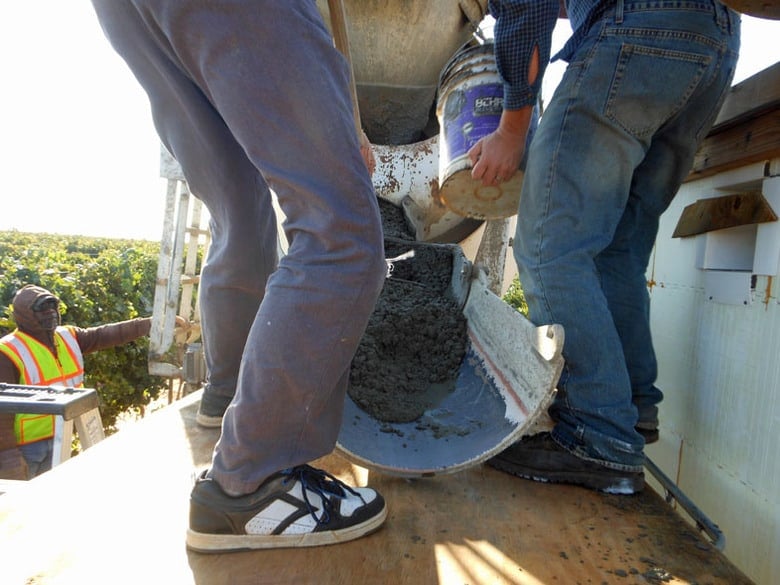 Forming a chain, the concrete was lifted to the top and poured down the hollow walls until all were filled. 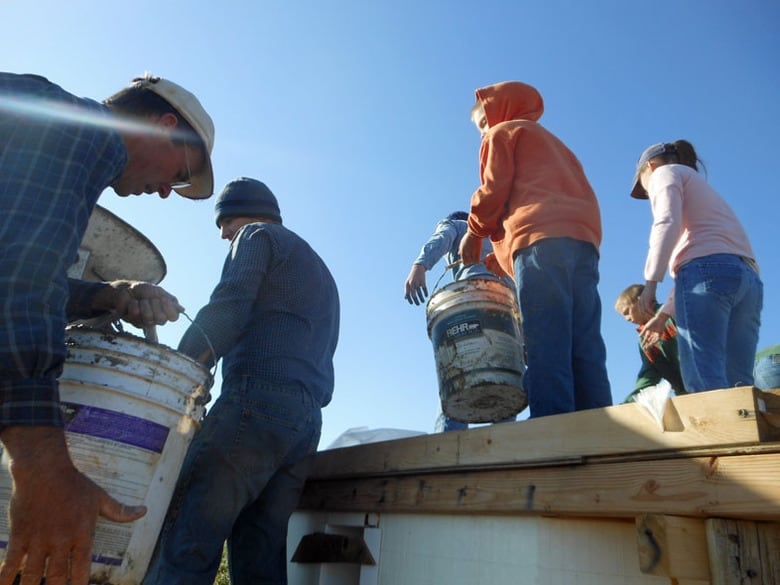 After the walls were filled, the platform on the top was poured (or I should say, bucketed). Finishing the concrete took time but we wanted a slant from the center out to make sure there would be no standing water when it rains. It will have a roof over it but with our wind here in west Texas, it will blow in! 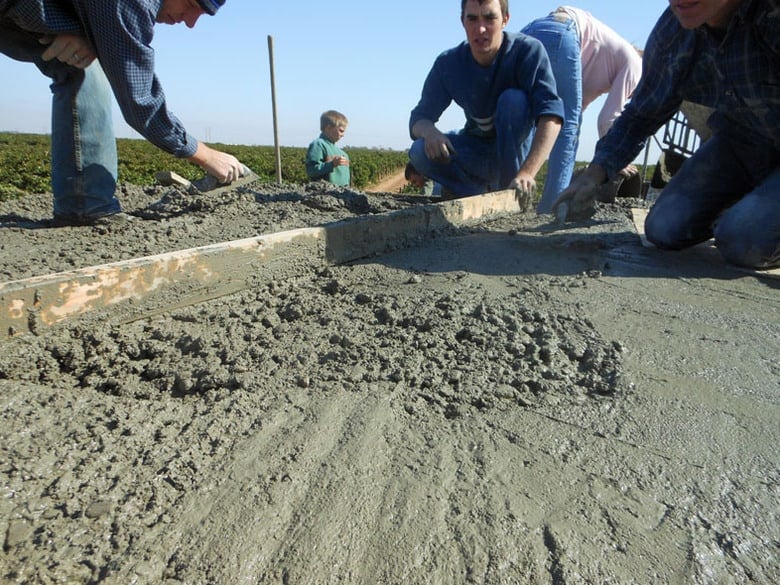 The next step will be finishing the inside and outside of the ICF walls. We will put a synthetic stucco finish covering all the styrofoam. That will only leave the stairs, banister and roof – we are almost finished!

And now, for the view of the vineyard from the new filter house pavilion: 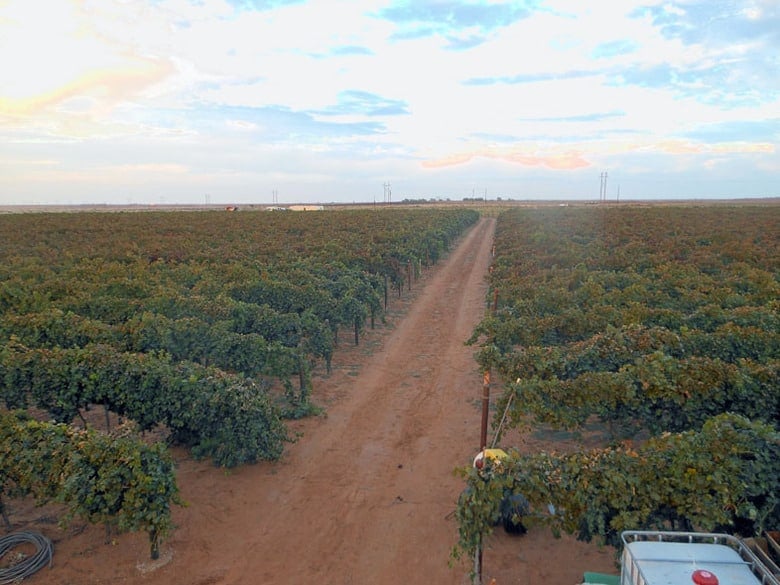 We have already has our first freeze of the year and it is only October 11! As you can see the leaves of the vines are already beginning to brown.