I mentioned yesterday that we will be starting a catering business. When the opportunity presented itself, John suggested that I see if I could find a building. Craigslist does it again!

I found a great deal on a building that just had to be moved. The building is an older Morgan brand, 20 ft x 20 ft and comes apart into two pieces. After calling around for prices to have it moved, we decided to do it ourselves!

The first step of this process was to take it apart. John and the children spent all day Friday working on it. In late afternoon, the building was in two pieces and John started jacking it up. Everything went fine on the first side but the second side was another story. The ground was soft from a recent rain and not too stable. So as the house was jacked up, the supports tipped and down it went. Thankfully, no one was hurt and the building was also fine. John figured that the mover cost less than an emergency room bill so we decided pay the mover. We already had the permits, he was available and the time was set for Saturday (Nov. 13) at 10:00 am. 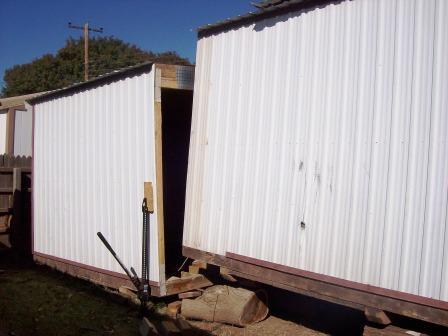 Straps were placed under the half of building to be moved and a crane lifted it up, over the backyard fence. There was an alley behind the fence where the trailer was parked. 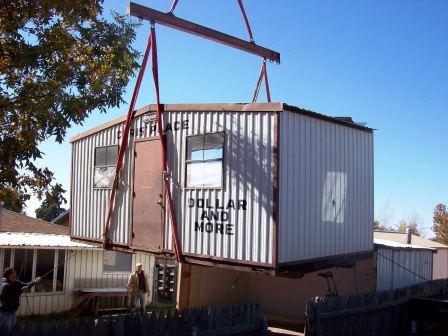 The mover had a "dump bed" trailer - the bed could be lifted up and whatever is on the bed can be slid or dumped off. The first side was loaded onto the mover's dump bed trailer. 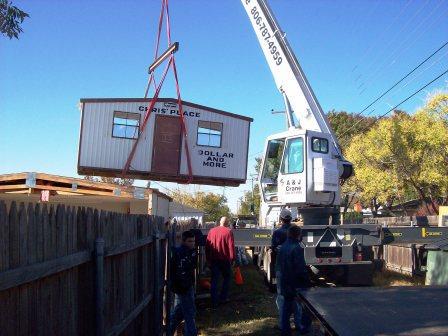 Since our move was set up on such short notice and the mover's second large trailer was at another job, the second side was loaded onto our trailer (actually borrowed from a friend) and pulled by our 15 passenger van. 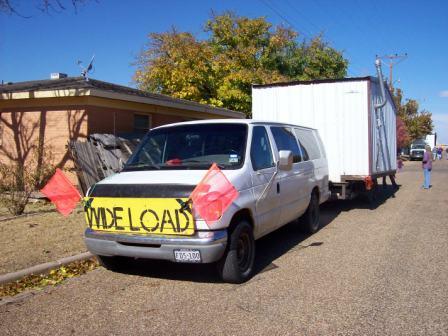 John had already prepared a place for the building about 50 feet from our house. So, once we traveled the ~50 miles, the back side of the building was simply pulled into place. 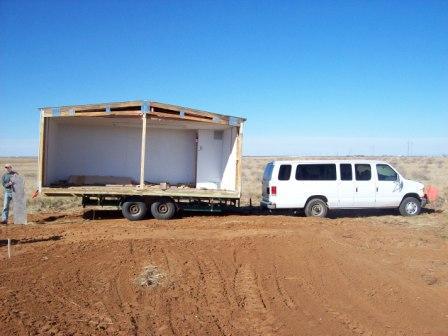 The side on the mover's trailer was pulled up next to the first side as evenly as possible. 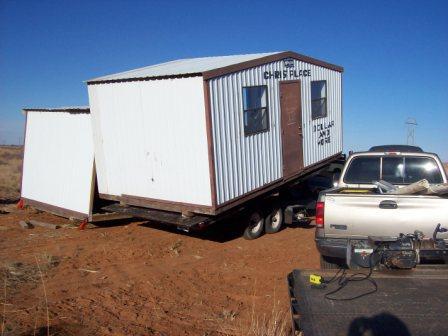 He then began to raise the bed of his trailer tipping the building. 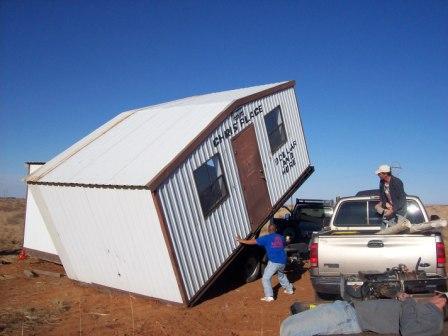 As he slowly tipped the trailer, his partner drove forward sliding the building off. 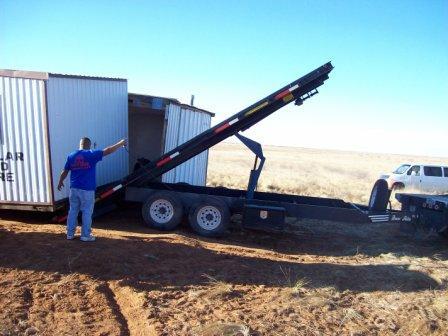 The next process was to get the two halves as even as possible.  On his trailer was a wench which he attached a chain to. The chain was wrapped around the base of the front side and used to pull it until the sides were even. 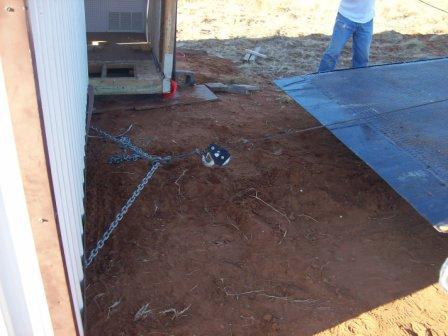 John then used a tractor to push the buildings together. 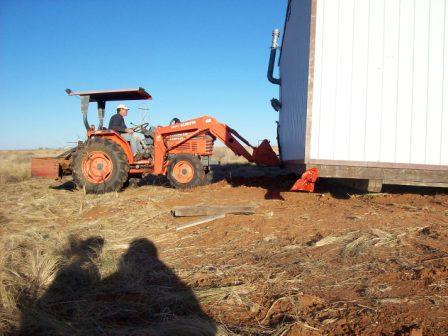 After the two sides are bolted back together, the building will be leveled and painted.