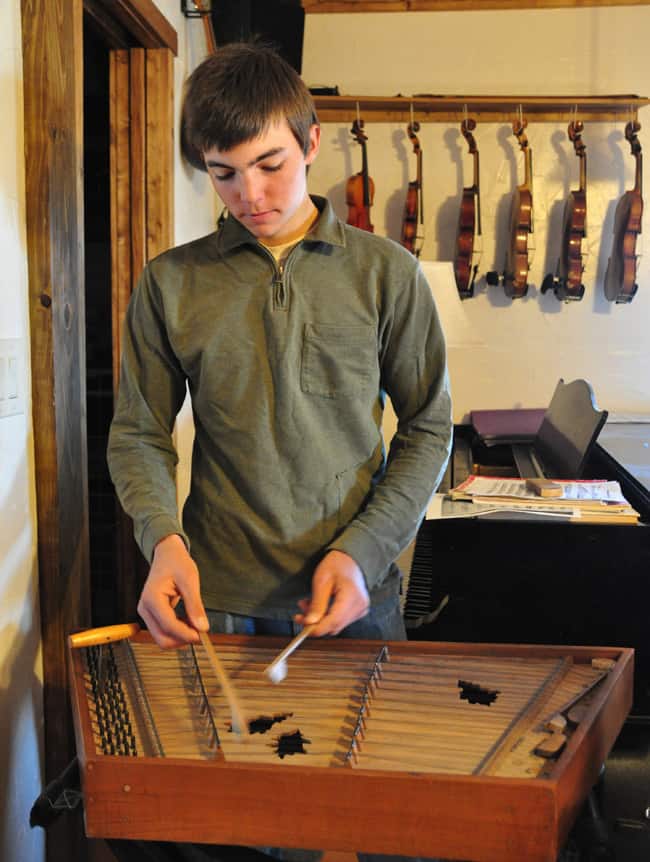 This week on Family Friday I thought I would show our new hobby - playing the hammer dulcimer. This is one of those times that I use "we" loosely! It is actually John and our 15, 13, 10 and 7 year old sons.

It all started years ago when John was young. His mother loved hammer dulcimer music and enrolled John and an older brother, Joe, in a local class to build one. Since then, as time permitted, John would take the hammer dulcimer out, re-tune it and play. The children always enjoyed playing and un-tuning it!

We were recently visiting our house near Mobile, Alabama and decided to bring the hammer dulcimer back to west Texas with us. It is amazing how easily the boys are picking it up, especially the 15 year old. He spends the most time on it and is becoming quite proficient.

If you are not familiar with a hammer dulcimer and its sound, we were inspired by a young Swiss man, Nicolas Senn. The hammer dulcimer is used in a lot of Swiss folk music. We began listening and watching his videos on YouTube and were hooked. The above link is to a video when he was a young boy and it is absolutely amazing how effortlessly he plays! He is from the Appenzeller region of Switzerland - if you watch, you can see the spoon earring on the videos which is characteristic of an Appenzeller man.

As you can see in the picture below, our hammer dulcimer has three oak leaves in it and lots of strings. Two hammers are held, one in each hand, and are used to strike the strings making the sound. There is definitely skill needed to hit the right string at the right time! 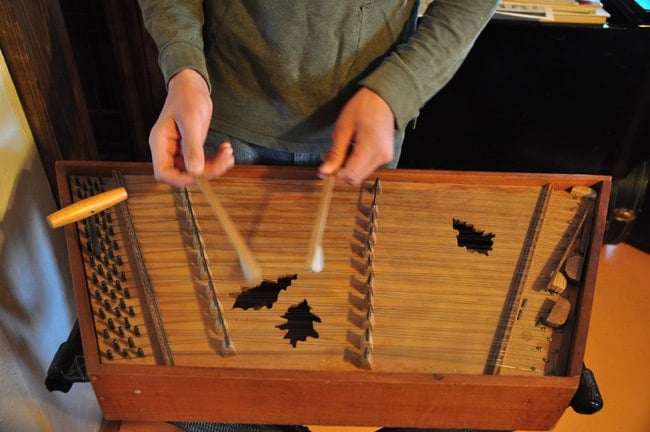 As I said, even our 7 year old son is playing the hammer dulcimer. Except, he stands on a stool! 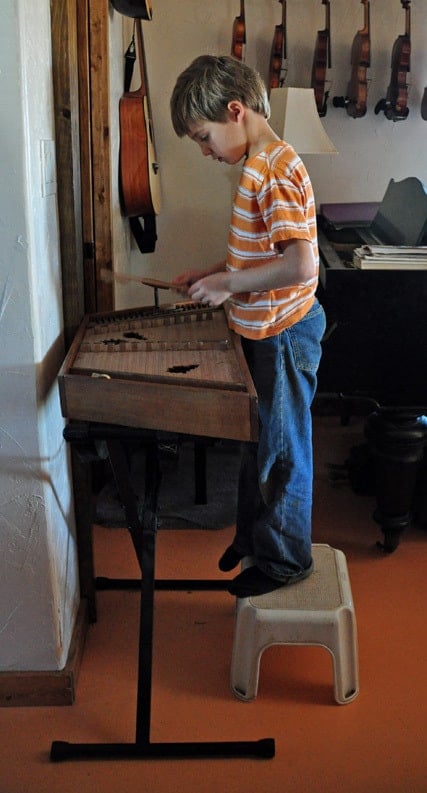