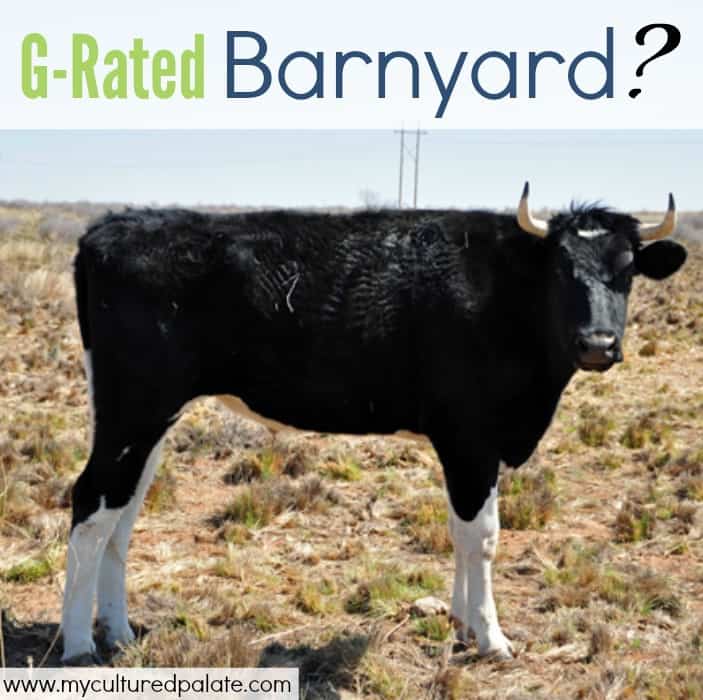 Having a large family and farm animals makes for educational opportunities almost daily. This week, however, our attempts to maintain a G-rated barnyard have been almost futile! We have had not one but two family milk cows in heat. That's right - both Buttercup and Emme came into heat. We had thought that Buttercup was pregnant and I will be taking her to the vet for a double check but our foolproof method of determining a heat cycle says otherwise!

What is our foolproof method .... Brisket.

Brisket is a steer that we got as a 2 day old calf from a local dairy. He is a Holstein and his sole goal in life is to provide meat for our table. With that end in mind, we made him a steer when he was young so he would grow and fill out and just basically be more meaty. 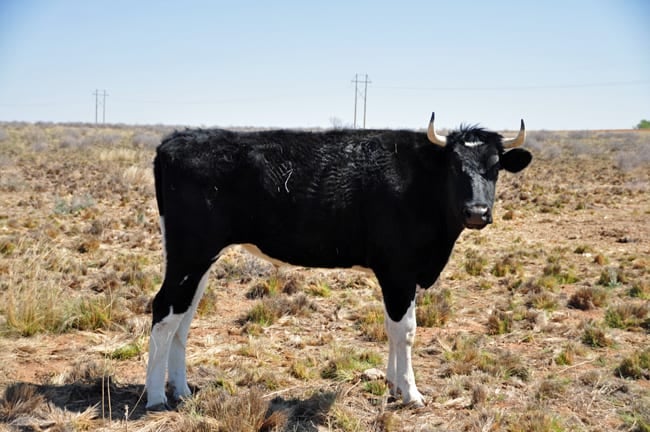 For those of you who don't know, a steer is a bull that has been castrated. Brisket was banded when young - an actual band is put around the tenders, they dry up and fall off - OUCH! I hope that wasn't too graphic but if it is any consolation, we never saw them on the ground!

He would already be on our table except that the weather turned to warm to butcher! Ideally, you want the weather to be just above freezing so you can hang the meat and work without flies and keep the meat fresh ... and almost freeze yourself! That is what happened when we butchered our first steer!

So, he will graze and fatten for another summer.

He is already huge. He makes Buttercup look like a calf! His legs are long and he looms over the two cows. Thankfully, he is very skiddish and poses no threat to us humans - but, we still keep our eye on him! 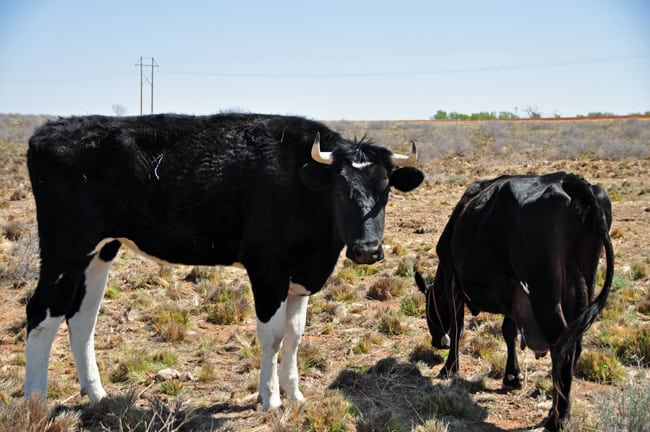 Now, you would think that being a steer, Brisket would have no interest whatsoever in a cow that is in heat - WRONG!

When one cow goes into heat, he is their shadow,

always by their side,

Since Brisket is not able to provide the services needed to breed the cows, we enlist the help of a neighbor who has an Angus bull. If you think Brisket is big, you should see this guy! Absolutely gargantuan! If you have seen the movie "Madagascar" and remember the hipopotamus, Moto Moto ( he was so nice you gotta say it twice) - that is this bull!

But, he (Moto Moto) is perfect to breed the cows - he sires lower birth weight calves which is what our smaller Jersey milk cows need for a safe delivery.

We realized too late that Buttercup was in heat so if she is truly not pregnant, we will have to try next month. But, Wednesday night, John and the boys walked Emme down the dirt road after milking to visit Moto Moto. And, Thursday morning (with 33F temperatures and wind gusts of 40mph) John picked her up and walked her home in time for milking.

Now, the calender is marked and we will watch next month, same time, same station to see if they need another trip down the road to "visit" Moto Moto.

« What You Don't Want to See in a Budding Vineyard!
Greenhouse ICF Walls Poured »