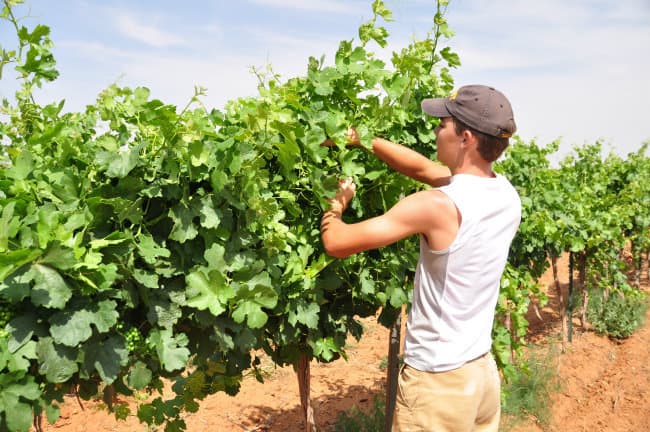 Tucking grapevines for canopy management is what is going on in the vineyard now!

Sound exciting? Well, actually it is!

It is very exciting to see the vines recovering with growth and even finding fruit! Not to mention the vineyard games and conversation! We have decided that we as a family are going to move to Hawaii - with the heat we are having now, paradise is looking really good! But, more on that later.

We have been watching the old Hawaii Five - O's with Jack Lord through Amazon Prime streaming - it's free! I remember watching them as a little girl so it is fun to revisit them! Maybe you remember Steve McGarrett, head of Hawaii's state police saying, "Book'em, Danno!". Then, last weekend we watched Soul Surfer which is a movie about a young girl living in Hawaii whose arm was bitten off by a shark. The comeback she made to become a professional surfer was amazing and inspiring. That movie was the straw that broke the camel's back - the scenery and thoughts of beaches, waves and surfing were more than we could stand  - so the family consensus is  ... we should move to Hawaii!

With the heat we have been having, the climate of Hawaii is very enticing!

100F - 110F weather has forced us to change our work schedule - there is just no way to stay out in the heat we have been having! Alright, I should clarify that there is no way "I" can stay out in that heat! John and the older children are hardcore workers and have done it, but not me. My excuse is that our 4 year old needs a nap! The reality is, I need a nap! So, we wake at 6 am with the designated milkers, prepare breakfast while the cows are being milked, eat and head to the vineyard. Drinking plenty of water, we work until 1 pm - 2 pm and go in for lunch and nap.

But, back to canopy management ....

The shoots and leaves are the canopy. It is important to have controlled upward growth in our training system. There are ways to train grapes that allow the canopy to sprawl on the ground. But, for our area, bugs and insects (causing harm and disease) can crawl up the shoots when they are left on the ground. Sprawling vines also makes harvesting more difficult and less efficient. So, we choose to tuck our vines up into the guide wires that are positioned 5 ft and 6 ft above the cordon wire. 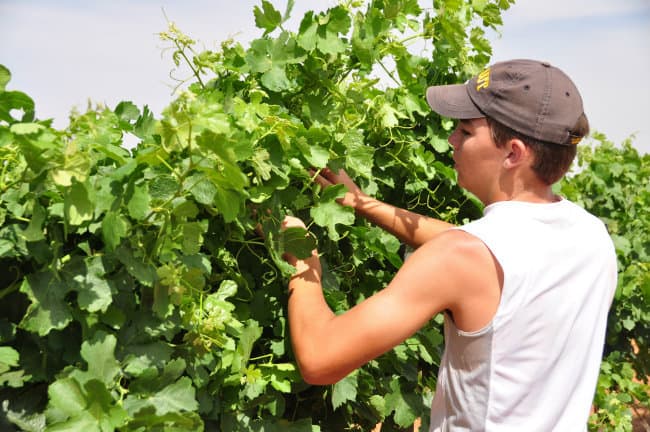 To do this, the shoots hanging or protruding out into the row are lifted up and tucked into the wires above. Care must be taken not to break them because if broken, not only do you lose any fruit attached to that shoot but also the shoot position for next year's crop. 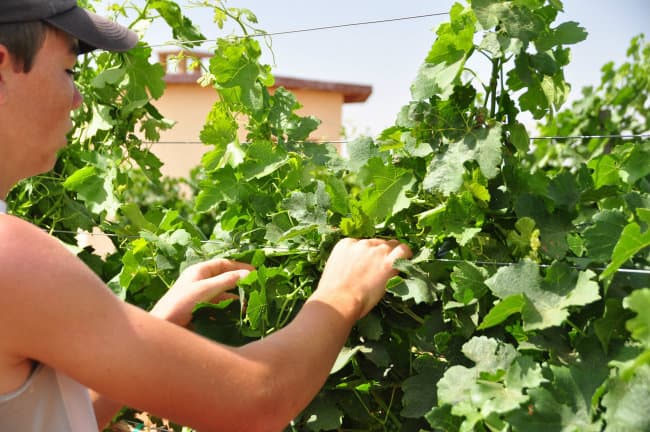 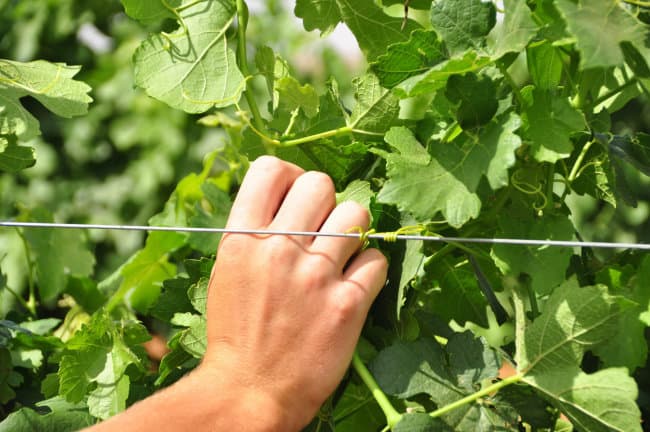 It is amazing how much nicer the vines look after being tucked! Below, you can see the vine row before tucking: 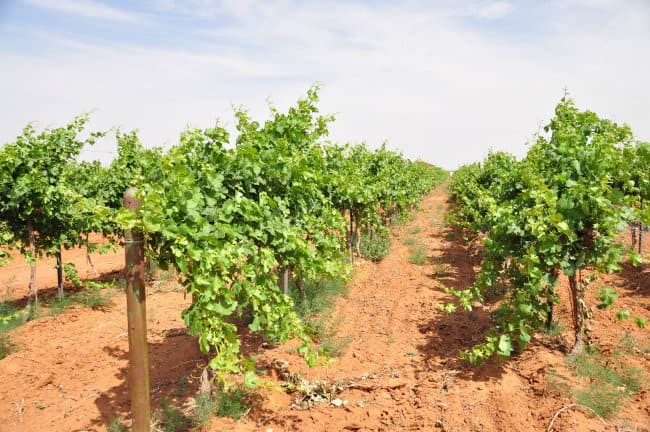 Now look at the vine row after being tucked! 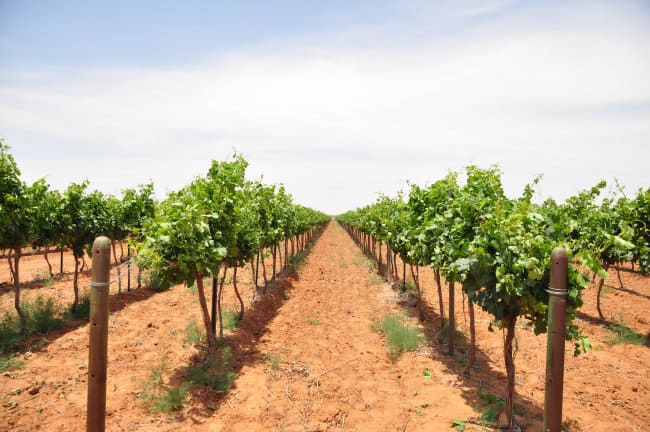 We are doing about 1 ½ acres per day and are about halfway through. Let's see, that means that hopefully in 7 - 10 days we should be through.