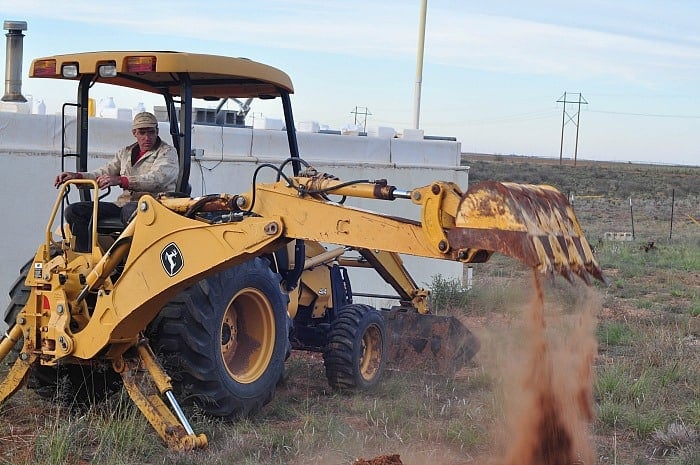 I really can’t believe we have started!

Yes, this week John began digging out the dirt to expand the basement walls of our home which overlooks the vineyard! If you have been following our adventure of starting the vineyard and building our own home, you know that we are now living in what will eventually be the basement – we finished phase 1 at the end of 2011.

As you might imagine, we have saved a lot of money by building ourselves and had a lot of fun in the process! But, like everything it takes time and patience. Building the house must fit around vineyard work which pays the bills! So, our primary time to work on the expansion is now, after harvest and before pruning which will begin in late January.

Constructed out of Insulated Concrete Forms (ICF), the house is very well insulated and airtight which is important with the high winds we have here in west Texas. We have been so impressed with the ICF that we also used them for our filter house, barn and even the greenhouse.

Not only are the ICF’s known for their insulation value, they are easy to use for DIY’ers like us. They are like big legos that snap together. Once snapped together, the ICF walls are filled with concrete (and some rebar) providing a strong structure. In the links above you can see that we have chosen to finish the exterior walls with EIFS (exterior insulation finishing system) which is a synthetic stucco – we are going for the Tuscan look!

Right now, the basement is 1500 sq ft. The plan is to expand three sides 14 ft, pour concrete pads and then put up ICF walls. These new walls will become the exterior walls and support the weight of the upstairs. The windows which you can see in the photos will be removed and replaced with doors leading into the new rooms. Lord willing, we will begin the upstairs next year after grape harvest.

So, here we are, digging out the dirt to expand 14 feet on 3 sides. And, no, we are not using shovels! John and the boys had harvested grapes for a friend who agreed to trade harvesting for use of his backhoe – thanks Steve! 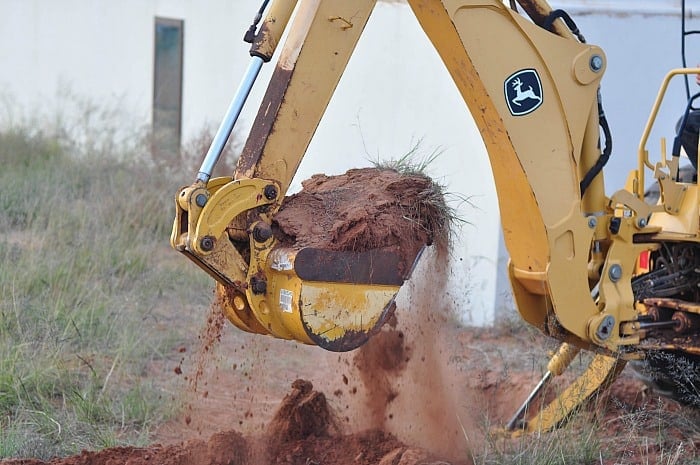 Everyone watched eagerly as the first scoops were dug out. 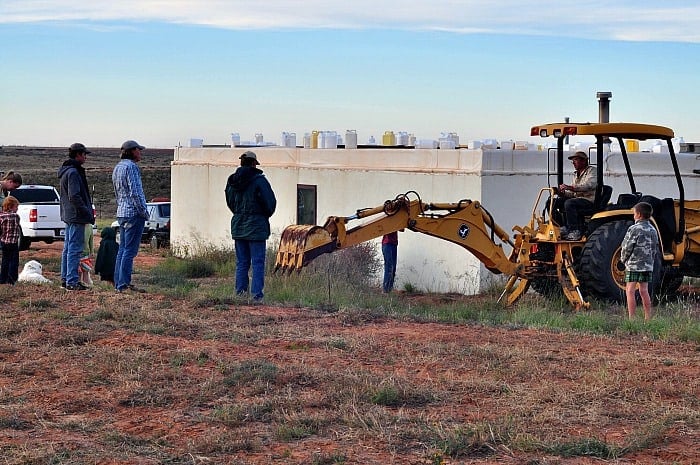 Well, I said we weren’t using shovels but actually they are being used to dig out the dirt right next to the house to avoid any risk of hitting the walls with the backhoe!

The dirt mound on the east side of the house has grown considerably since John first began! Once the ICF  walls are up and the EIFS applied, the dirt will be pushed back against the walls and it will become a real basement. 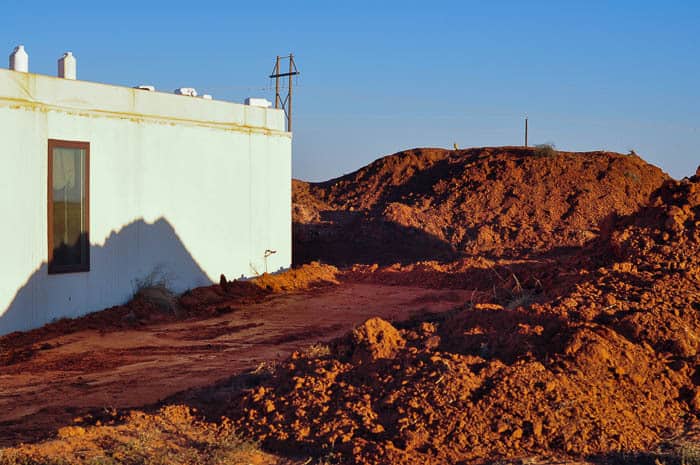 The expansion rooms will mainly be used for storage allowing us to remove the shed which is to the west of the basement. But, requests have already been made, especially by the boys, to move their room into the new area. That is definitely a possibility!

The digging should be completed in a few more days but we were interrupted this week with some below freezing weather. Freezing weather is no big deal normally, but we had been waiting for it – we needed the cold weather to relocate Brisket to the freezer! And, we did! But, since we finished last night and I have not had time to organize photos and write about it,  you must wait until next week to get the details!