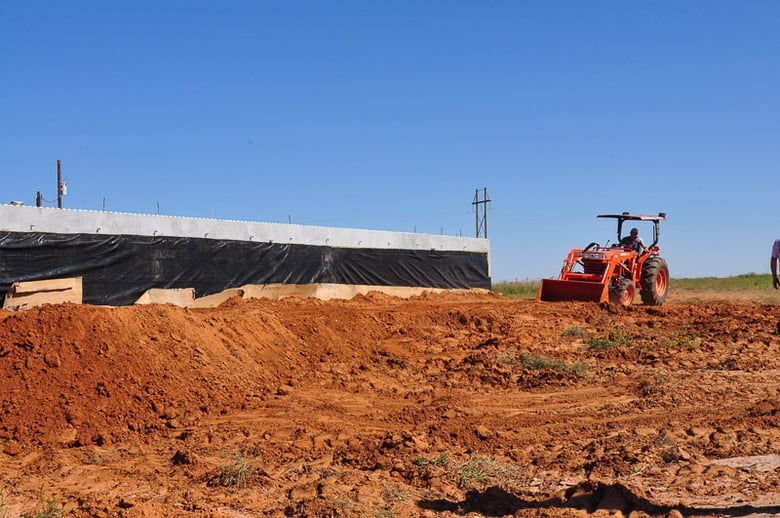 
Our ICF (insulated concrete form) basement is finally beginning to look like a basement! There is now dirt against two sides rather than just dirt mounds. It looks amazingly better!

After finishing the first coat of the EIFS (exterior insulation finishing system) we decided to wait about the final color coat until the roof is on. But, until the lumber is delivered for the roof and interior walls, we began back-filling the walls that will not be exposed.

Disclaimer: This is one of those times that I use “we” loosely – I actually did not move any dirt but I was there to cook for the fellas, bring them water (hydration is important) and take pictures!

Since the walls that are to be underground will not have the final top coat of EIFS on them, we put the black plastic that you can see in the photo below as a water barrier. The brick retaining wall (seen in the left lower corner below) is temporary and will be replaced – it just gives us an idea of how it will look. The cardboard was positioned to protect the plastic from being punctured by the debris in the dirt – roots, rocks… 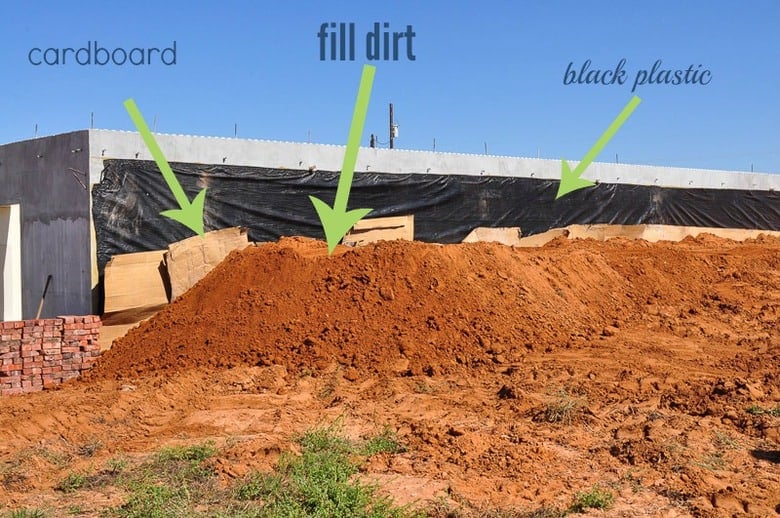 It became a joke that John was “working” when actually he was having fun “playing” on the tractor! At the risk of dating myself, if you remember the television show, “Green Acres”, think, “Mr. Douglas” and how he drove that old tractor with such joy. The big difference is that John doesn’t wear a suit while driving the tractor – and, his name is John, not Oliver and, we have 10 children and not just a Yorkie and…! 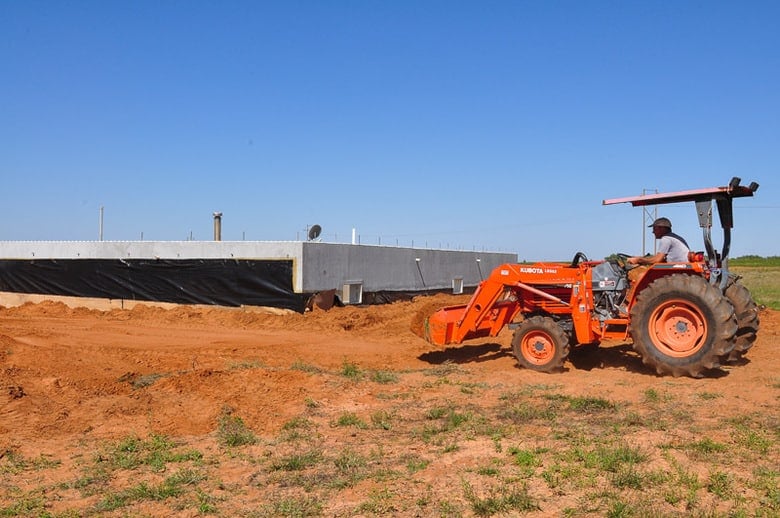 Around the back side of the house, the dirt has been dug out and was used to back fill the front. The plan at this point (and, of course, is subject to change!) is to brick this area and have a fire pit with chairs. 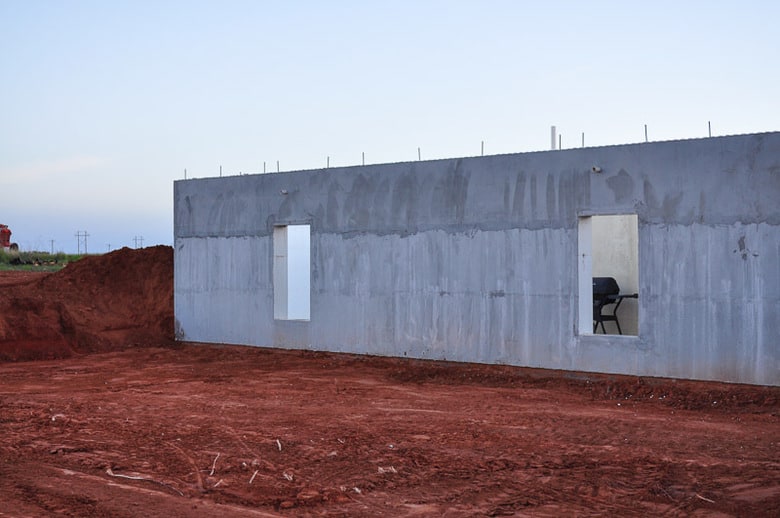 Eventually, the west side of the house will have a deck over the concrete pad, providing us with a carport to park our cars – we park them there now, only they are not covered! You can see the expansion is grey because the top coat of the EIFS, the color coat, has not yet been applied.

There is that brick retaining wall again! The bricks will be replaced with cinder-blocks that will be filled with concrete – that’s why we haven’t put the concrete mixer up yet – we will just be using it again soon! 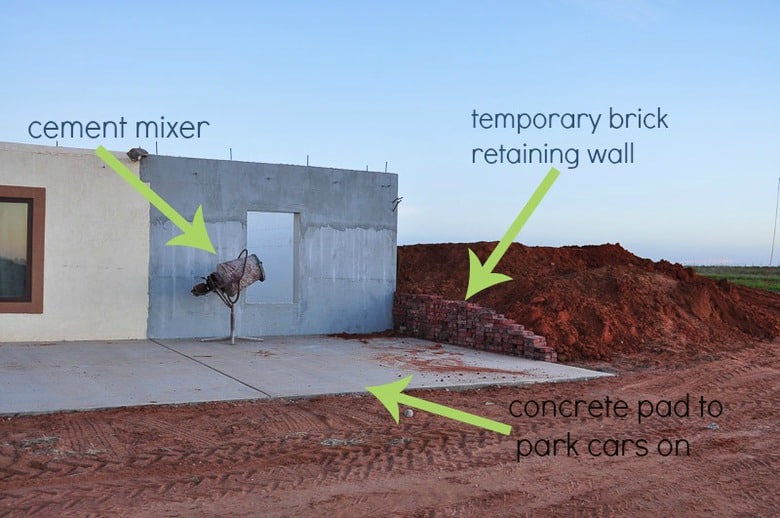 We still have quite a ways to go, but progress is being made and I am excited!