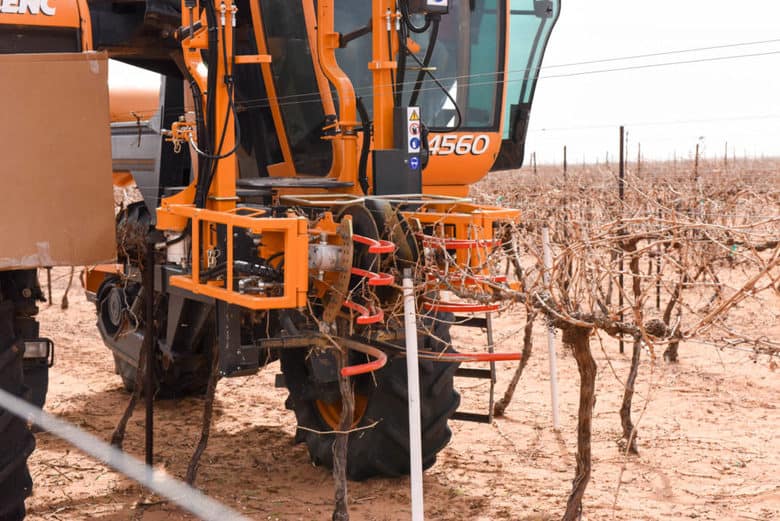 Last year, we purchased the Pellenc TRP Precision Pruner which cut our pruning time in half! The TRP attaches on the front arm of the Pellenc 4560 as it straddles the vine row (like the pre-pruner).

Like we expected, the Pellenc TRP cut our hand pruning time from 2 ½ months down to 1 month, That is a big difference! Not only are we saving time but it also saves our hands.

Unlike the pre-pruner with it blades stacked, the Pellenc TRP has four high speed saw blades powered by hydraulic motors. The eye that sees the cordon is the coolest part of the whole machine. That red eye raises and lowers the blades to maintain a consistent cutting height - automatically!

You can read more about exactly how it works in Pellenc TRP Precision Pruner.

Getting started is the most tedious part of precision pruning. You can see John and the boys trying to get it set below. 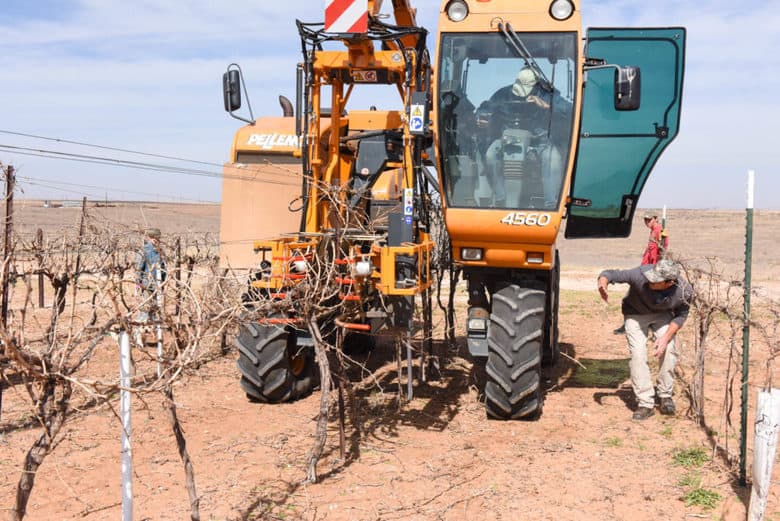 The Pellenc TRP rides over the vines just like the pre-pruner. In the photo below, the red fork looking things are the feed guides. John can open and close them as needed so they do not cut as short on some vines as on other. For example, we would want to leave longer shoots on the smaller vines. 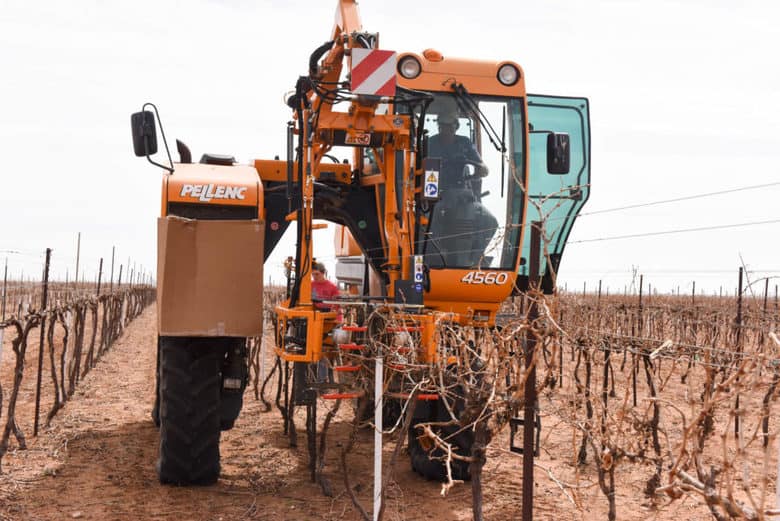 Here is a close-up of the red feed guides and you can see the saw blade behind them. 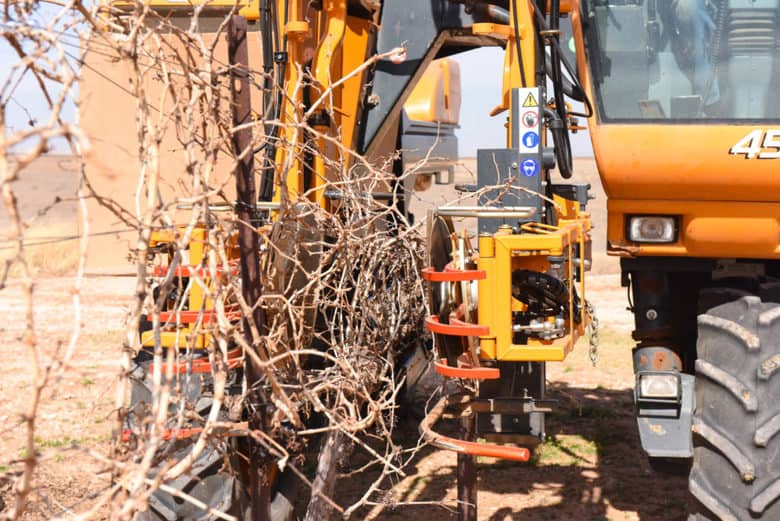 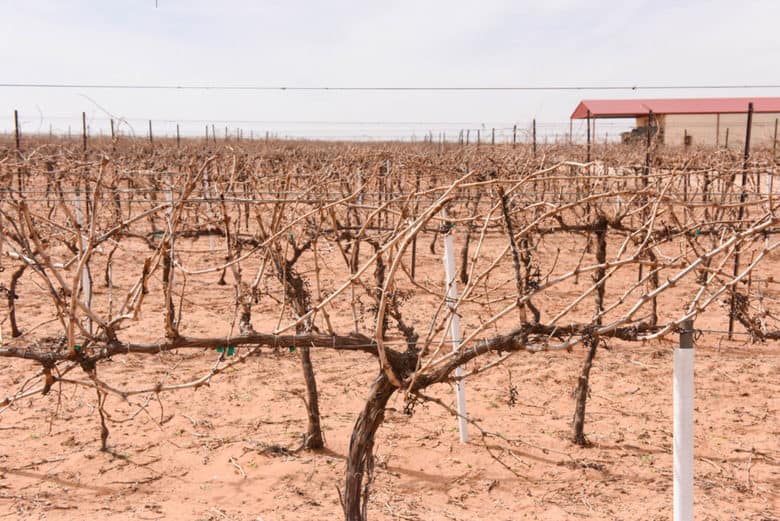 Here is the same vine after using the Pellenc TRP Precision Pruner - the shoots are about 4" - 6" long now. 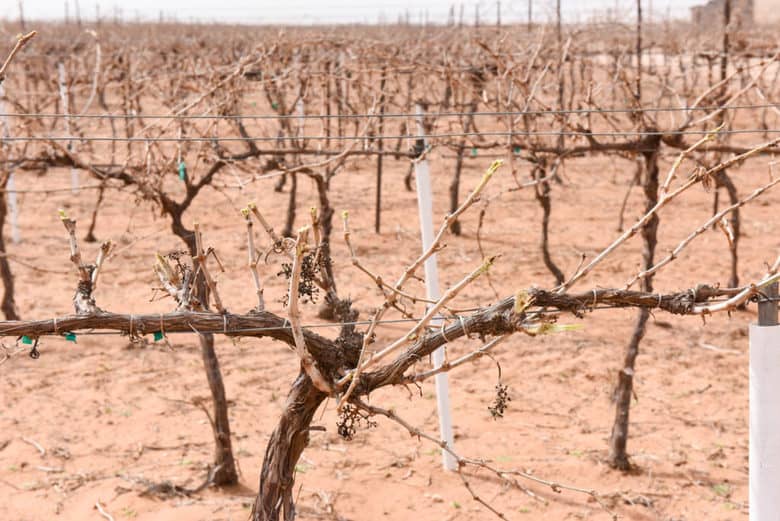 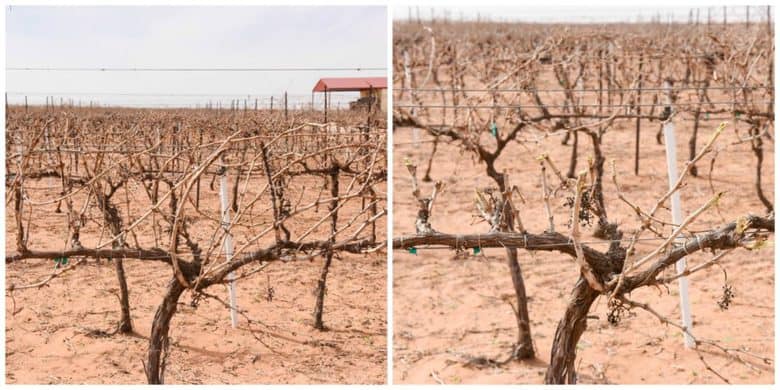 The next step is to come through the vineyard cleaning up each vine and pruning by hand. Now that all the extra shoots are out of the wires and off the plants, it is not only easier but faster. Cuts can be made more quickly because you can now see what the options are and which would be the best choices.

We hope to do at least an acre per day and there will be NO tears if we are even faster!